Stories of the campaigns and actions that we have worked with

During the years we have been part of others campaigns, startet our own campaigns, helpt out were we were needed to strengthen the climate movement in Sweden.

Below are some examples of what we have been a part of.

During the summer of 2019, we helped our friends in Folk Mot Fossilgas to prepare activists for the first massive civil disobedience action in Sweden for the climate.

We could see that the majority of the trainers we trained during the year helped mobilize through training around the nordic countries. Something for which we are incredibly grateful.

PS.The campaign was a success and on 10 October the government decided to put a stop to the project. This is thanks to the Fossilgasfällan three year long and extremely strategic campaign. Thank you! 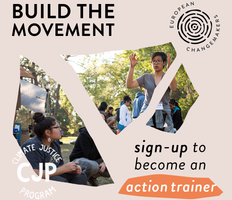 In the spring we started planning our next two T4T together with European changemaker. The first was held in Gothenburg, Sweden in July. We received an overwhelming number of applications, which resulted in another 18 new

amazingly compatible trainers based in Denmark, Sweden and Norway!

The majority of these trainers were part of the

extinction rebellion at that time.

When discussing Climate Justice Programs goals after the climate meeting in Paris 2015, we came to the conclusion that one of our goals was to hold a training for trainers in Sweden, to educate more trainers in NVDA, Non violent direct action.

January 2019, exactly 3 years after the goal was set, we launched the application for our first T4T. Prior to this, we produced a comprehensive training program with documents based on the action trainings we have held and our experiences in mass actions in europe during recent years. In February we trained 18 new trainers from the Nordic countries and expanded as a trainer collective.

Ende Gelände has been a great inspiration to many activists and since 2015 has been working as an excellent training camp for organizing activism!

Code Rood started to be planned and of course we held trainings for swedish activist going to Netherlands' first massive civil disobedience action! A big thank you to our friends in Groningen and the Netherlands for a wonderfully organized action!

The infamous transport tunnel ”Förbifart Stockholm” started its construction work in Akalla - one of the poorer suburbs where it’s designed to release most gases and kill most people. Both activists and local residents wants an end to this incredibly expensive monstrosity. The first action under the name ”Vägs Ände” played out with support from friendly police who gladly ensured that the activists peacefully blocked the entrance to the murderous construction site. A pram bloc with children made friends with the workers, who left work early looking content. Perhaps more than anything else, this day’s blockade showed how incredibly high legitimacy the highway resistance has even when the shovels have hit the dirt. It could reinvigorate an inclusive battle against the car norm, and replace it with low carbon transport systems

The first project we did as trainers, was to prepare Swedish activists to take civil disobedience action in Paris in connection with the climate talks.

While we were squeezed between a terrorist threat a repressive state, 15000 people took disobedient action. We defied the state of emergency, and occupied spaces under the Eiffel Tower in protest against the inadequate Paris Agreement. Meanwhile, a nearby demonstration declared a state of climate emergency. Afterwards we were filled with both disappointment on the agreement and pride over our friends. To build a continuity in the movement, the Climate Justice Program was formed shortly afterwards. 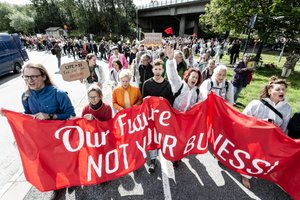 In the spring we started planning our next two T4T together with European changemaker. The second one was held in Stockholm, Sweden in August.

We received an overwhelming number of applications, which resulted in another 18 new

amazingly compatible trainers based in Denmark, Sweden, Finland and Norway!

The majority of these trainers were part of the

extinction rebellion at that time.

In 2019, the new action trainers in Sweden got a chance to held their first trainings for a mass action. An estimated numer of 300-400 people from Sweden traveled to participate in the action withs was held during the midsummer-weekend. "The best midsummer ever" as an activist told us. 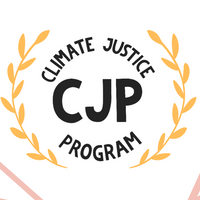 Since 2016 we have mobilized for the mass action Ende Gelände in Sweden to strengthen the Swedish climate movement through the democratic tool of civil disobedience.

In recent years, we have also held training in the Ende Gelände camps in Germany for thousands of activists, ready to put their bodies in the way for the devastating exploitation of capitalism and the destruction of our nature and our climate. The Swedish activists who have traveled to and participated in Ende gelände have gained invaluable knowledge and inspiration to build up the climate movement at home in Sweden. We are so grateful for everything that our German friends and Ende Gelände are doing and have done for us.

Ende Gelände – One of our favorite mass actions and a great inspiration for us in CJP.

2017 the action took plase in Rainland and the action mobalised around 4-5 thousands of people.

From Sweden at least 100 ppl joined the action. That did also our friends in Troja Scenkonst who pulled of one of the best things during that year! A 6 days long non-stop live documentary about a mass action for the climate.

Activists from Sapmi, Venezuela, Catalonia and Sweden joined the documentary. The filmteam and activist from Sweden ofcourse drove down with the activist bus Rättbuss, all the way from Kiruna!

Ende Gelände – the german activist organization shutting down mining infrastructure in Europe’s most coal-dense regions – is a source of inspirations for CJP. As a mass action in May 2016 targeted coal mines owned by Sweden, we rallied to empower 150 people to go down and take action in Germany. This resulted in an unprecedented success of shutting down all coal infrastructure for 48 hours and almost putting the coal power plant Schwartze Pumpe out of business.

As many took action for the first time during both Ende Gelände mass actions to date, it continues to build people power all over Europe. It became a clear example of how we, working together, can achieve things we beforehand though were impossible.